You have found from your study thus far that thought is a
spiritual activity and is therefore endowed with creative
power. This does not mean that some thought is creative, but
that all thought is creative. This same principle can be brought
into operation in a negative way, through the process of denial.

The conscious and subconscious are but two phases of action in
connection with one mind. The relation of the subconscious to
the conscious is quite analogous to that existing between a
weather vane and the atmosphere.

Just as the least pressure of the atmosphere causes an action
on the part of the weather vane, so does the least thought
entertained by the conscious mind produce within your
subconscious mind action in exact proportion to the depth of
feeling characterizing the thought and the intensity with which
the thought is indulged.

It follows that if you deny unsatisfactory conditions, you are
withdrawing the creative power of your thought from these
conditions. You are cutting them away at the root. You are
sapping their vitality.

Remember that the law of growth necessarily governs every
manifestation in the objective, so that a denial of
unsatisfactory conditions will not bring about instant change.
A plant will remain visible for some time after its roots have
been cut, but it will gradually fade away and eventually disappear,
so the withdrawal of your thought from the contemplation of
unsatisfactory conditions will gradually, but surely, terminate
these conditions.

You will see that this is an exactly opposite course from the
one which we would naturally be inclined to adopt.

It will therefore have an exactly opposite effect to the one
usually secured. Most persons concentrate intently upon
unsatisfactory conditions, thereby giving the condition that
measure of energy and vitality which is necessary in order to
supply a vigorous growth.

1. The Universal Energy in which all motion, light, heat, and
color have their origin, does not partake of the limitation of
the many effects of which it is the cause, but it is supreme
over them all. This Universal Substance is the source of all
Power, Wisdom and Intelligence.

2. To recognize this Intelligence is to acquaint yourself with
the knowing quality of Mind and through it to move upon the
Universal Substance, and bring it into harmonious relations in
your affairs.

3. This is something that the most learned physical science
teacher has not attempted — a field of discovery upon which he
has not yet launched; in fact, but few of the materialistic
schools have ever caught the first ray of this light. It does
not seem to have dawned upon them that wisdom is just as much
present everywhere as are force and substance.

4. Some will say, if these principles are true, why are we not
demonstrating them? As the fundamental principle is obviously
correct, why do we not get proper results? We do. We get
results in exact accordance with our understanding of the law
and our ability to make the proper application. We secured no results
from the laws governing electricity until someone formulated
the law and showed us how to apply it.

5. This puts us in an entirely new relation to our environment,
opening up possibilities previously undreamed of, and this by
an orderly sequence of law which is naturally involved in our new
mental attitude.

6. Mind is creative and the principle upon which this law is
based is sound and legitimate and is inherent in the nature of
things; but this creative power does not originate in the
individual, but in the Universal, which is the source and
fountain of all energy and substance, the individual is simply
the channel for the distribution of this energy. The individual
is the means by which the Universal produces the various
combinations which result in the formation of phenomena.

7. We know that scientists have resolved matter into an immense
number of molecules; these molecules have been resolved into
atoms, and the atoms into electrons. The discovery of electrons
in high vacuum glass tubes containing fused terminals of hard
metal, indicates conclusively that these electrons fill all
space; that they exist everywhere, that they are omnipresent.
They fill all material bodies and occupy the whole of what we
call empty space. This, then, is the Universal Substance from
which all things proceed.

8. Electrons would forever remain electrons unless directed
where to go to be assembled into atoms and molecules, and this
director is Mind. A number of electrons revolving around a
center of force constitutes an atom; atoms unite in absolutely
regular mathematical ratios and form molecules, and these unite
with each other to form a multitude of compounds which unite to
build the Universe.

9. The lightest known atom is hydrogen and this is 1,700 times
heavier than an electron. An atom of mercury is 300,000 times
heavier than an electron. Electrons are pure negative
electricity, and as they have the same potential velocity as
all other cosmic energy, such as heat, light, electricity and
thought, neither time nor space require consideration. The
manner in which the velocity of light was ascertained is
interesting.

10. The velocity of light was obtained by the Danish astronomer
Roemer in 1676, by observing the eclipses of Jupiter’s moons.
When the earth was nearest to Jupiter, the eclipse appeared
about eight and one-half minutes too soon for the calculations,
and when the earth was most remote from Jupiter, they were
about eight and one-half minutes too late. Roemer concluded the
reason to be that it required 17 minutes for light from the planet to
traverse the diameter of the earth’s orbit, which measured the
difference of the distances of the earth from Jupiter. This
calculation has since been verified, and proves that light
travels about 186,000 miles a second.

11. Electrons manifest in the body as cells, and possess mind
and intelligence sufficient for them to perform their functions
in the human physical anatomy. Every part of the body is
composed of cells, some of which operate independently; others
in communities. Some are busy building tissue, while others are
engaged in forming the various secretions necessary for the
body. Some act as carriers of material; others are the surgeons
whose work it is to repair damage; others are scavengers,
carrying off waste; others are constantly ready to repel
invaders or other undesirable intruders of the germ family.

12. All these cells are moving for a common purpose and each
one is not only a living organism, but has sufficient intelligence
to enable it to perform its necessary duties. It is also endowed
with sufficient intelligence to conserve the energies and
perpetuate its own life. It must, therefore, secure sufficient
nourishment and it has been found that it exercises choice in
the selection of such nourishment.

13. Each cell is born, reproduces itself, dies and is absorbed.
The maintenance of health and life itself depends upon the
constant regeneration of these cells.

14. It is therefore apparent that there is mind in every atom
of the body; this mind is negative mind, and the power of the
individual to think makes him positive, so that he can control
this negative mind. This is the scientific explanation for
metaphysical healing, and will enable anyone to understand the
principle upon which this remarkable phenomenon rests.

15. This negative mind, which is contained in every cell of the
body, has been called the subconscious mind, because it acts
without our conscious knowledge. We have found that this
subconscious mind is responsive to the will of the conscious
mind.

16. All things have their origin in mind, and appearances are
the result of thought. So that we see that things in themselves
have no origin, permanency, or reality. Since they are produced
by thought, they can be erased by thought.

17. In mental, as in natural science, experiments are being
made and each discovery lifts man one step higher toward his
possible goal. We find that every man is the reflection of the thought
he has entertained during his lifetime. This is stamped on his
face, his form, his character, his environment.

18. Back of every effect there is a cause, and if we follow the
trail to its starting point, we shall find the creative
principle out of which it grew. Proofs of this are now so
complete that this truth is generally accepted.

19. The objective world is controlled by an unseen and,
heretofore, unexplainable power. We have, heretofore,
personalized this power and called it God. We have now,
however, learned to look upon it as the permeating essence or
Principle of all that exists — the Infinite or Universal Mind.

20. The Universal Mind, being infinite and omnipotent, has
unlimited resources at its command, and when we remember that
it is also omnipresent, we cannot escape the conclusion that we
must be an expression or manifestation of that Mind.

21. A recognition and understanding of the resources of the
subconscious mind will indicate that the only difference
between the subconscious and the Universal is one of degree. They
differ only as a drop of water differs from the ocean. They are the
same in kind and quality, the difference is one of degree only.

If all this seems a little “over your head” reach out to me via email for the 13 basic audios that changed my life! — joinlori@gmail.com

One thought on “The Master Key System” 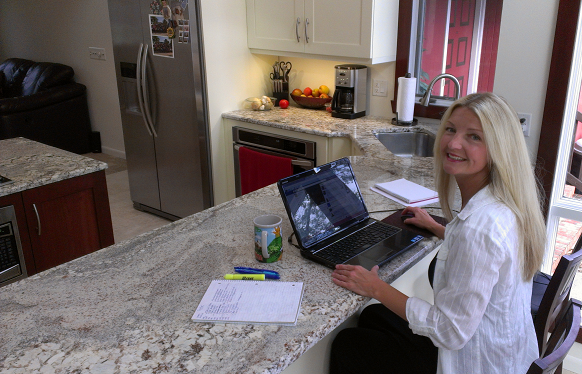 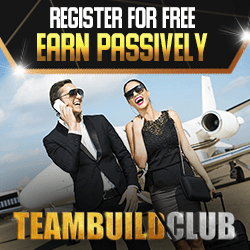 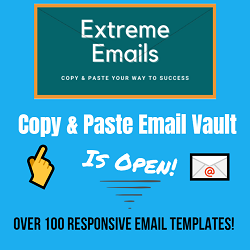